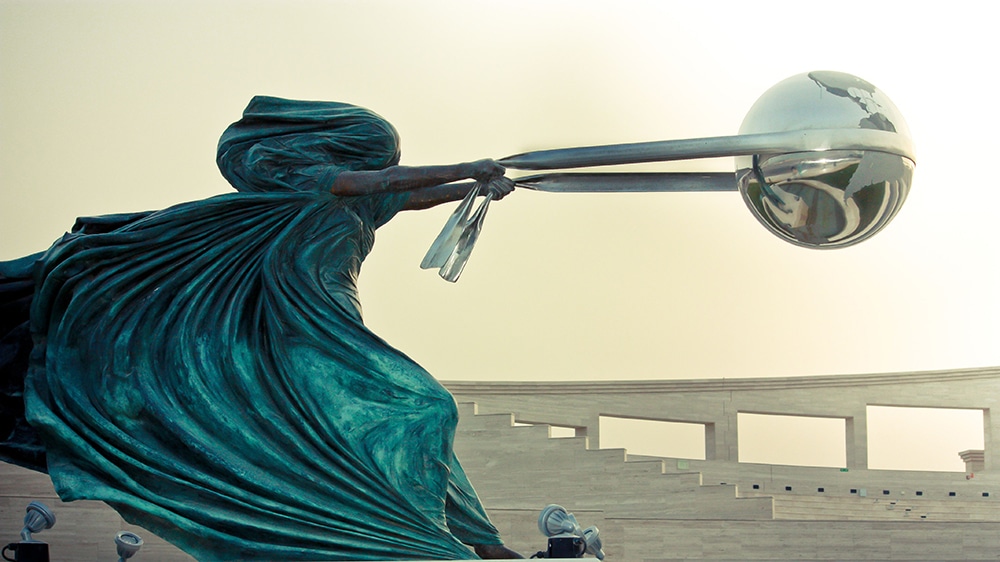 10 of the World’s Most Amazing Sculptures

As thought provoking and beautiful as a painting can be, it is confined to the size of its canvas and liquid medium, sculptures however, are not. Here we have gathered 10 stunning images of some of the most incredible sculptures on the planet. When it comes to three-dimensional art, these sculptures have taken creativity to mind-bending levels. 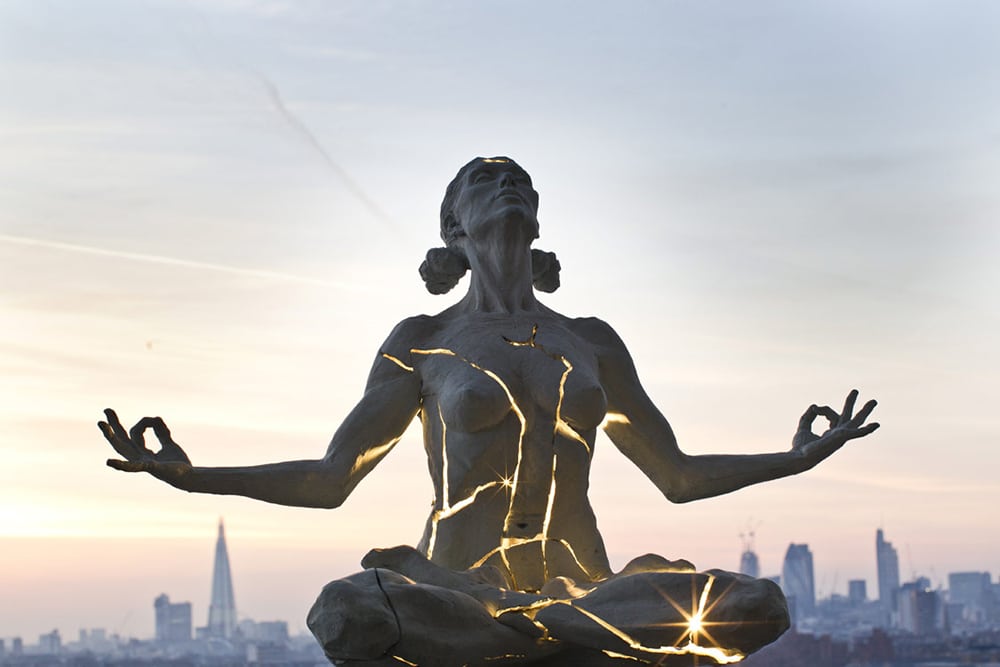 To quote the artist “From the moment we are born, the world tends to have a container already built for us to fit inside: A social security number, a gender, a race, a profession or an I.Q. I ponder if we are more defined by the container we are in, rather than what we are inside. Would we recognise ourselves if we could expand beyond our bodies? Would we still be able to exist if we were authentically un-contained?” 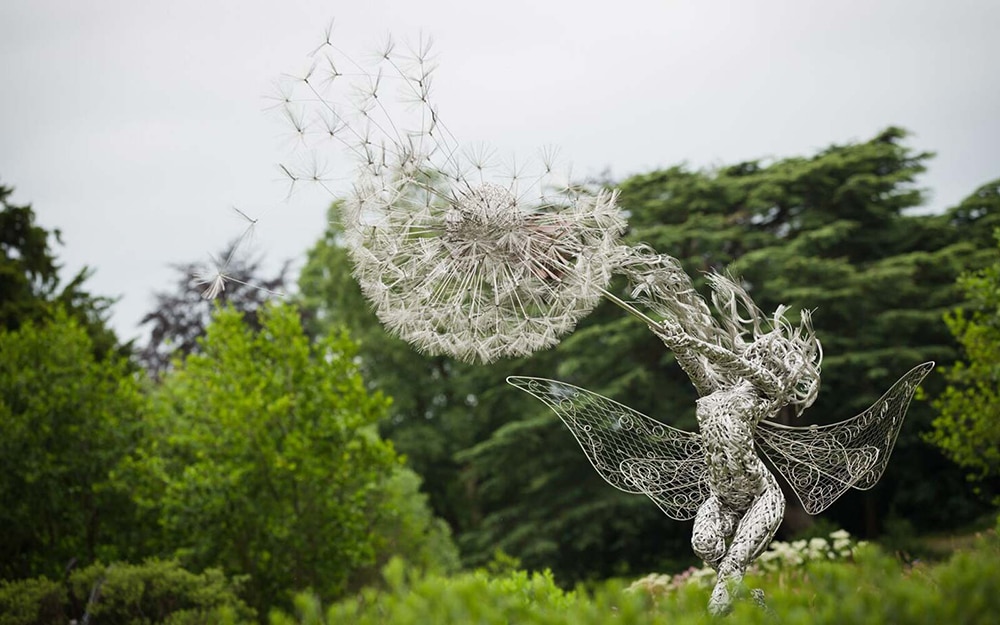 These gorgeous dancing fairies are made entirely from stainless steel wire, which makes it even more incredible that they all seem as though they are dancing in the wind. As if they weren’t magical enough, Wight buries a stone ‘heart’ in each of the fairies, sometimes engraved with messages. 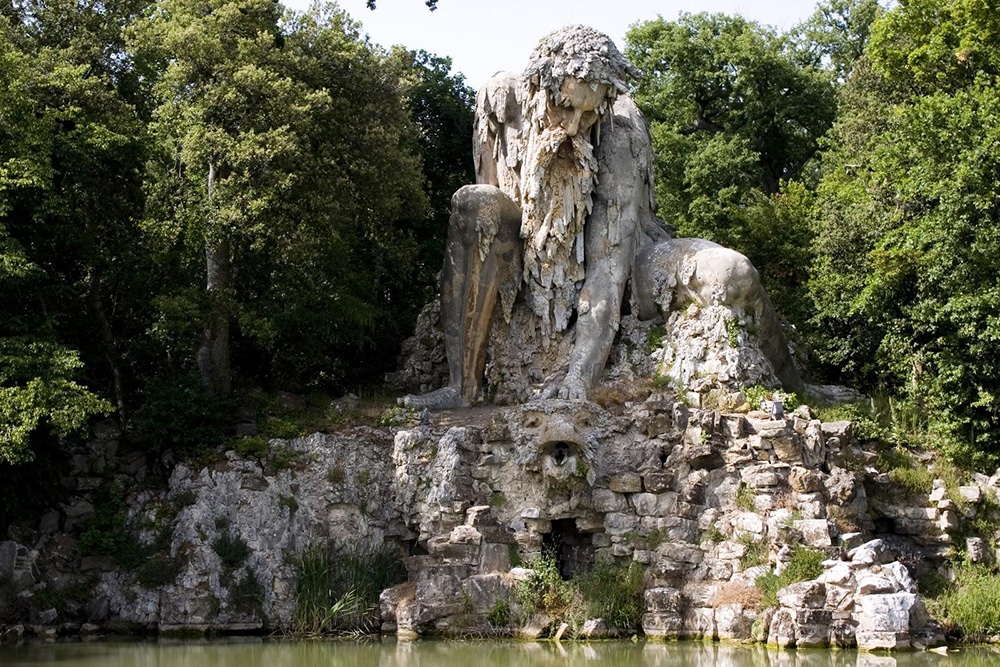 This impressive half man, half mountain, was created in 1579 by the Italian sculptor Giambologna. It stands at over 10 metres tall and is a personification of the Apennine mountain range. The statue also conceals a special secret – there are rooms and caves built inside him!

4. The Force Of Nature By Lorenzo Quinn, Katara, Qatar

This powerful sculpture made from bronze, stainless steel and aluminium, shows Mother Nature swinging planet earth around in circles. Quinn says he created the sculpture to remind us of the destructive power of nature and the “false sense of security” we have towards it. “After having seen the ravaged coast of Thailand and the Hurricane that affected the Southern States I decided to create a sculpture dedicated to Mother Nature” 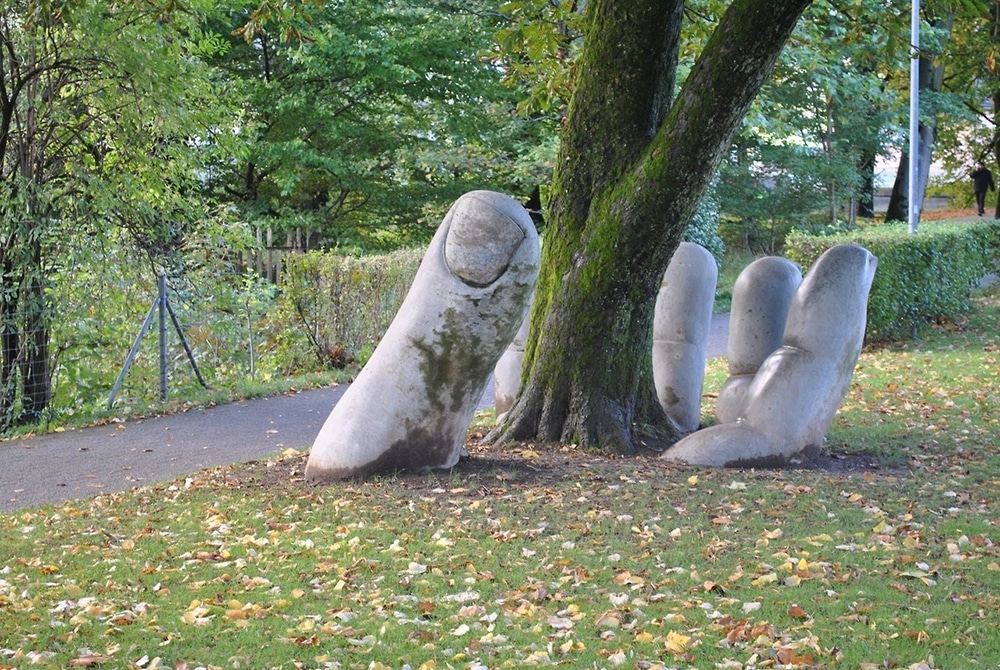 At this moment in time this sculpture may be the most prominent of them all as its message is of environmental responsibility and care. However, not only is it a symbol of our need to take care of our planet, but it also holds an interesting political message as it was built in the small town of Glarus, one of only two towns in the world where direct democracy is still practiced – by raising a hand.

6. Break Through From Your Mold By Zenos Frudakis, Philadelphia, Pennsylvania, USA 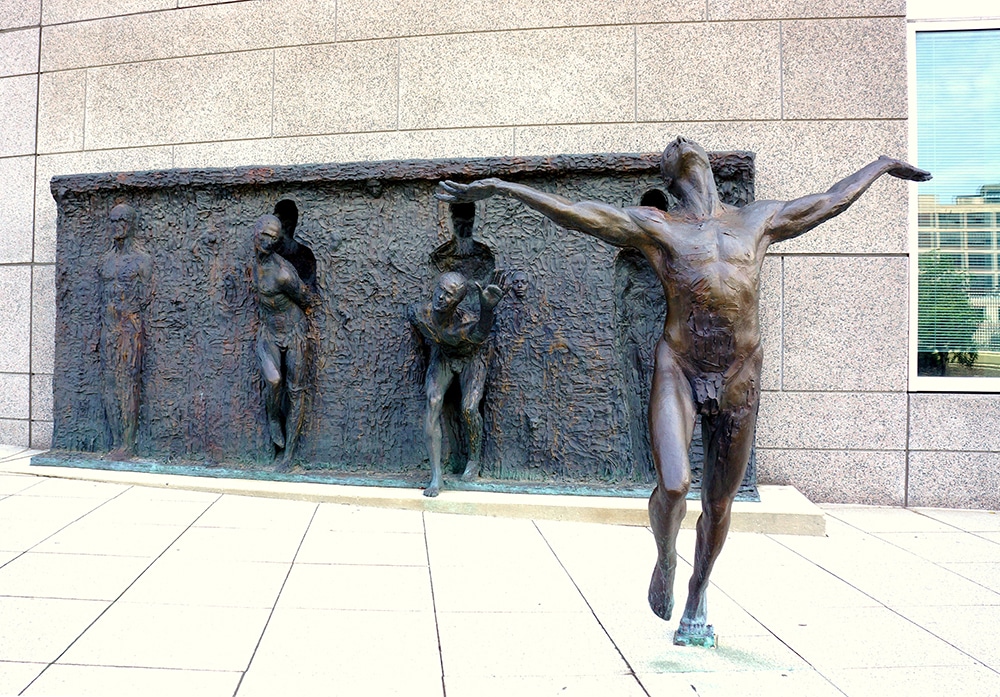 To quote the artist “the work is really one figure moving from left to right. The composition develops from left to right beginning with a kind of mummy/death like captive figure locked away. In the second frame, the figure, reminiscent of Michaelangelo’s Rebellious Slave, begins to stir and struggle to escape. The figure in the third frame has torn himself from the wall that held him captive and is stepping out, reaching for freedom. In the fourth frame, the figure is entirely free, victorious, arms outstretched, completely away from the wall and from the grave space he left behind. He evokes an escape from his own mortality.” 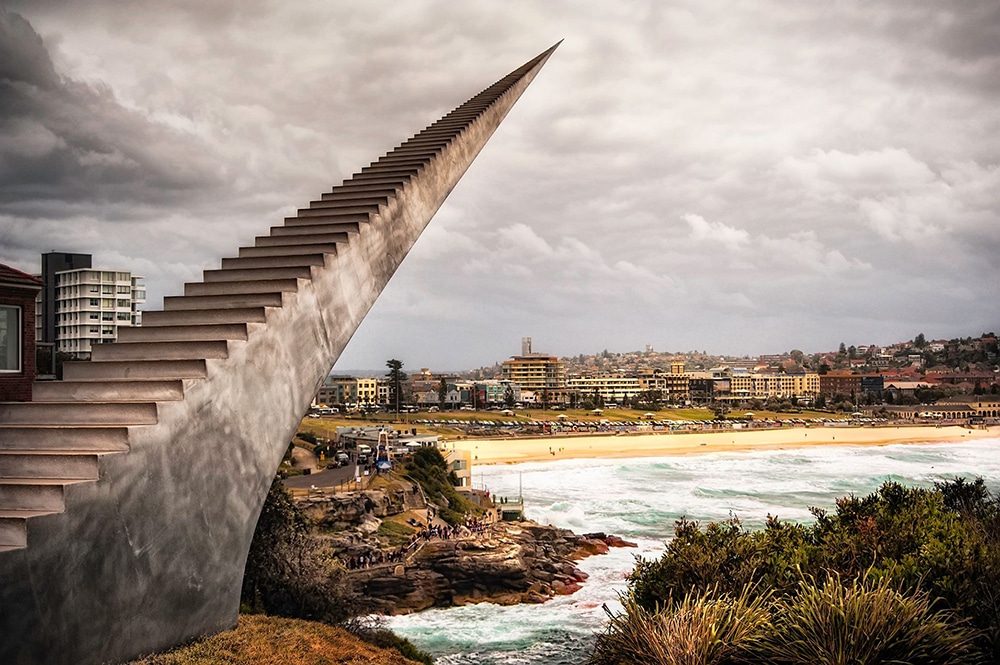 Built for the event known as Sculpture by the Sea, this incredible piece, from certain angles, looks like a never-ending staircase. McCracken’s wonderful way of playing with perspectives creates the optical illusion of an actual “stairway to heaven”. 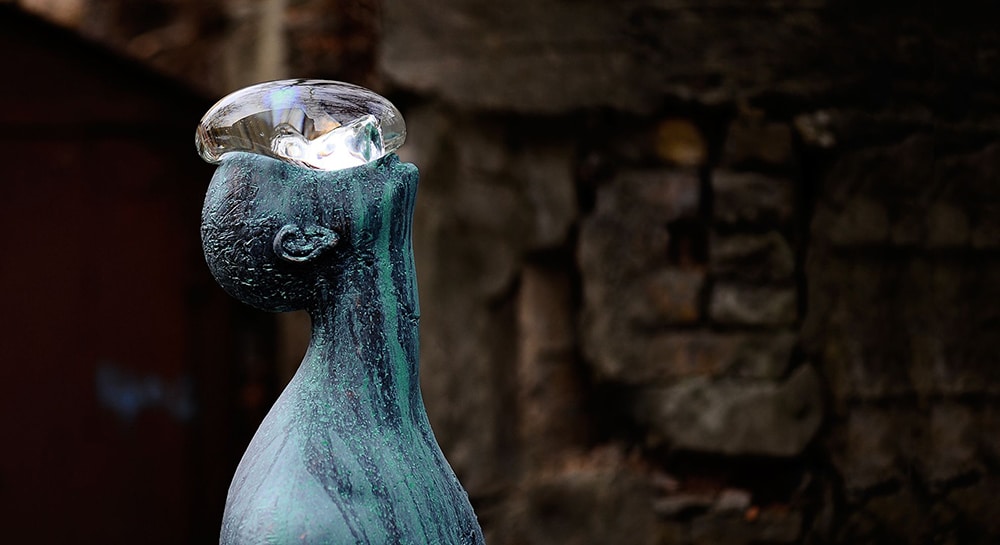 This human sized bronze and glass statue can be interpreted in many ways, but as explained by the artist it’s about mans relationship with the elements. “It expresses interrogation of a man in search of senses, unanswered lifetime questions. That’s why the man is holding his head up. The raindrop is a symbol of the dialogue which connects a man with a whole diversity of life forms.” 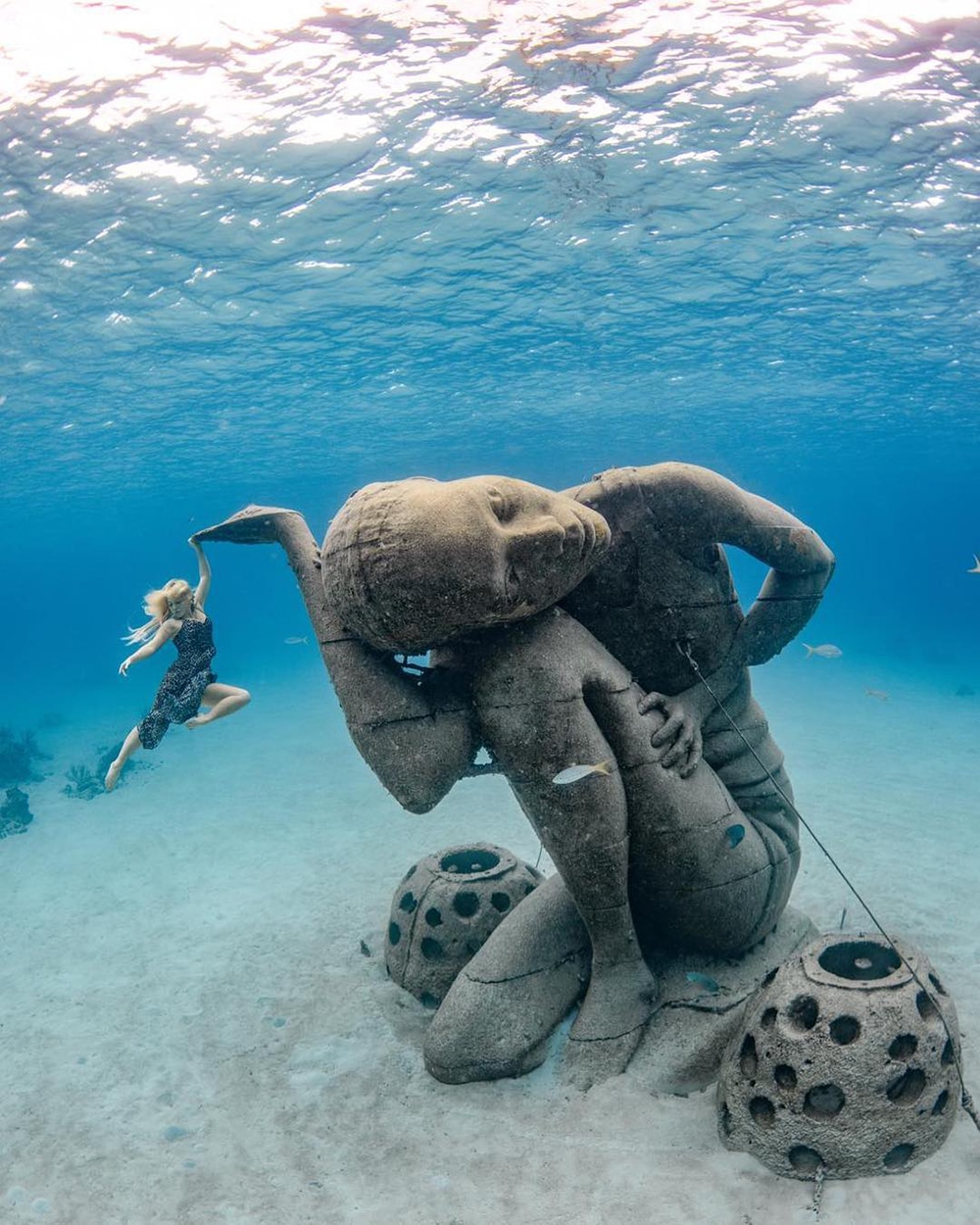 This sculpture is a definite favourite and here is why: Ocean Atlas is made from a PH-neutral cement, which, over time, allows the creation of coral reef’s, the artist also knows so much about coral reefs he is capable of creating designs and colours to attract specific sea creatures as the coral reef forms. Ocean Atlas is also quite incredible as it stands over 5 metres tall and weighs around 60 tonnes! 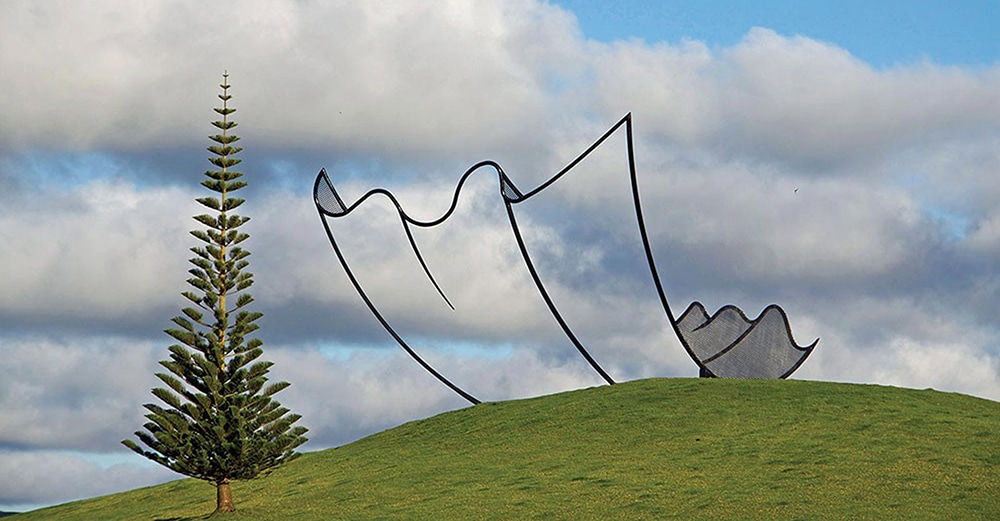 Settled on top of the highest hill in a large private “art park” in New Zealand is the incredible “Horizons” sculpture. What makes this sculpture so unique is it appears to be drawn on a piece of paper, but is in fact, a construction of welded steel.