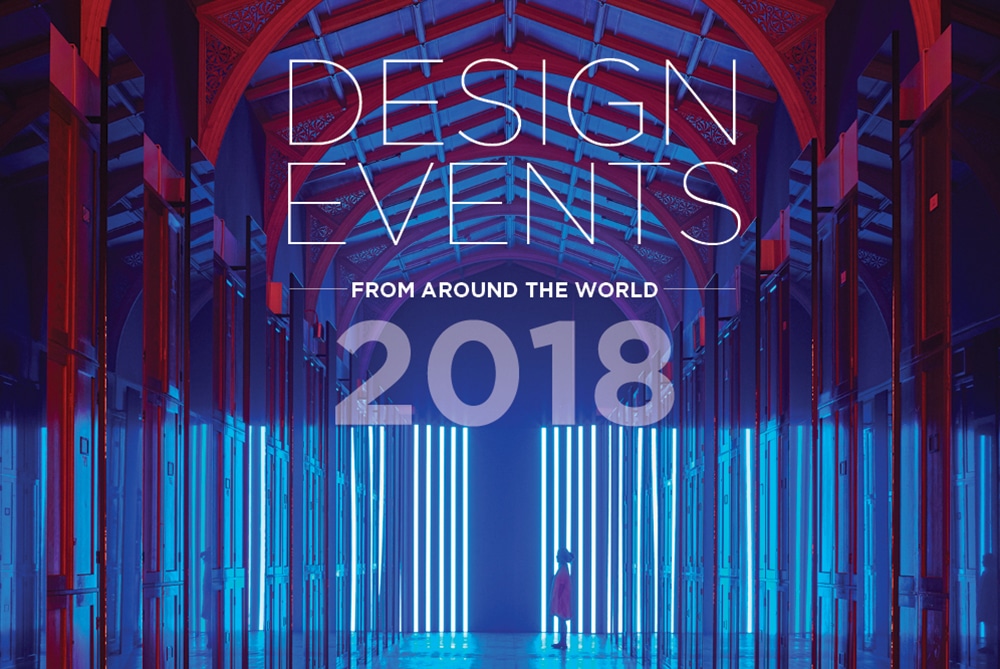 2018: Design events from around the world

Featured image: Reflection Room, by designer Flynn Talbot, is an immersive coloured light experience that was the first London Design Festival installation to be housed in the Prince Consort Gallery (2017).

Each year sees a plethora of fantastic design and architectural events around the globe – from Paris’s famous Maison et Objet to lesser known events like DesignMonat in Austria. Here we have gathered together all the most important design events in the calendar for easy reference.

January 15–21
IMM COLOGNE Cologne Germany  |  www.imm-cologne.com
The international furniture trade show that sets the stage for furniture and design trends for the coming year. Open to the general public from Friday.

March 15-18
DESIGN MARCH Reykjavik, Iceland  |  www.designmarch.is
From fashion to furniture, architecture to food design, this is the best of Iceland’s design scene, with some global names to spice things up.

April 17-22
SALONE DEL MOBILE, MILANO Milan, Italy  |  www.salonemilano.it
Showcasing the excellence of Italian furniture since 1961, the Milan Design Week is the largest trade fair of its kind in the world. Today, it is a truly international affair, with half of its 300,000 visitors coming from all over the world. 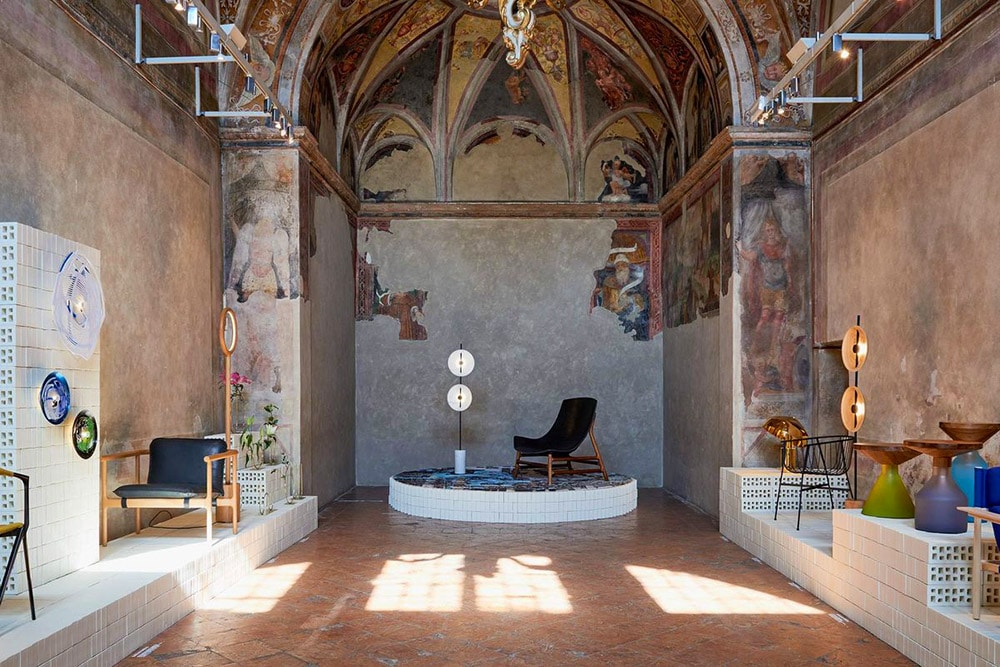 Salone del Mobile | Local Milan, a showcase of work by 11 Australian designers, took over a space behind a 12th-century church in the Italian city. (2017) Courtesy Local Design

May 16–20
ARCH MOSCOW NEXT!  Moscow, Russia  |  www.archmoscow.ru
The biggest yearly event in Russian design and architecture with this year’s edition set to be the biggest in its 20 year history.

September 15-23
THE LONDON DESIGN FESTIVAL London, UK  |  www.londondesignfestival.com
A city-wide event that celebrates London’s thriving design sphere over nine days. The events are staged at 400 different venues across the city. 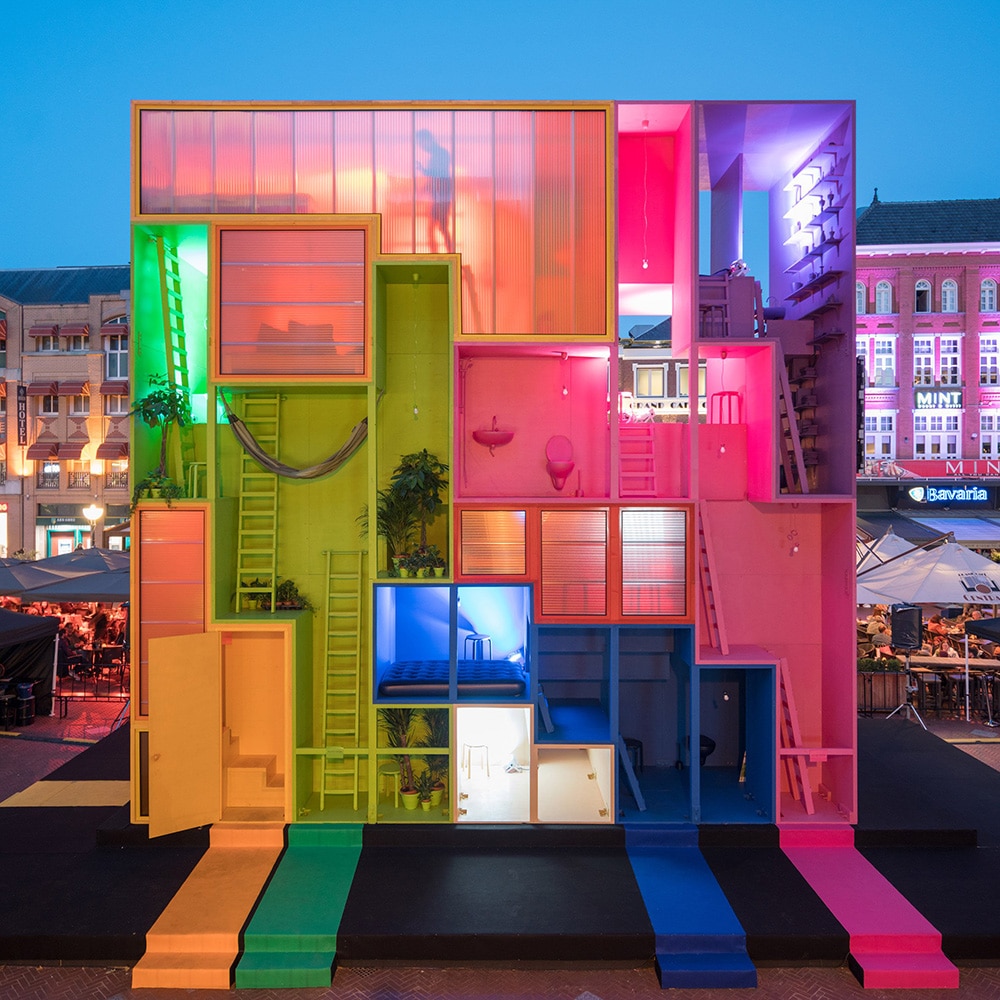 Dutch Design Week | MVRDV presents a hotel you can reconfigure (2017)

September 16-19
DECOREX INTERNATIONAL London, UK |  www.decorex.com
Synonymous with luxury and internationally renowned for being one of the best events to discover the most coveted products from an unrivalled collection of 400 hand-selected exhibitors.

September 18-21
HABITAT Valencia, Spain |  www.feriahabitatvalencia.com
With over fifty editions, this fair is one of the most veteran in decoration and design. It has spaces dedicated to different sectors of furniture, lighting and home textiles.

October 21-29
DUTCH DESIGN WEEK Eindhoven, Holland  |  www.ddw.nl
Dutch Design Week is one of the largest design events in Northern Europe, attracting over 250,000 visitors. It aims to encourage and nurture young talent, and consequently places strong emphasis on the future of design.

November 28-30
WORLD ARCHITECTURE FESTIVAL Amsterdam, Netherlands  |  worldarchitecturefestival.com
The World Architecture Festival is the only annual live event that celebrates architecture and design from across the globe. More than 2,500 architects and designers attend representing 68 countries. 1,100 architecture projects are entered each year into the WAF awards with 530 awards taking place at the festival and 150 international judges giving live critiques.

This article first
appeared in the
inaugural issue of
UD Magazine.