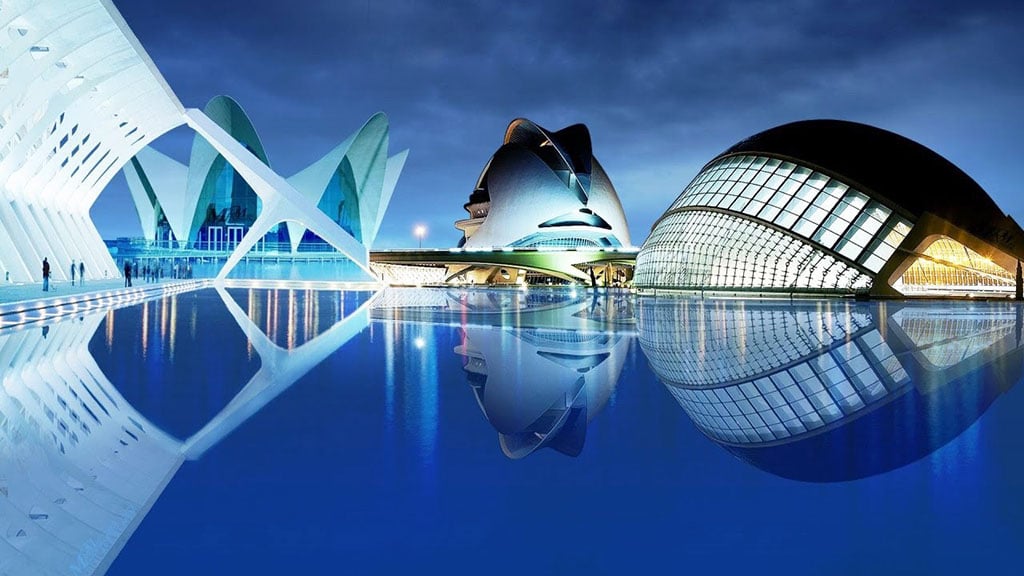 Our Top 15 films with exceptional architecture

Architecture in films is often overlooked as just being part of the scenery, but its importance in everyday life is magnified by the camera. Architecture has long captured the imagination of writers and directors, and some of the most iconic films have gone down in history because of the locations in them.

From documentaries to science fiction, here are 15 films with exceptional architecture that should definitely be on your ‘to watch’ list.

Metropolis is such an influential film that it has arguably shaped the future of science fiction movies, as well as initiating the discourse around film and architecture. The film’s idealism is due to the time in which it was made, where people were optimistic about the future and the scientific advances it would bring. This is enhanced by the German Expressionist tone of the set design, which inspired architects at the time and continues to have an impact even now.

Metropolis was the start of a revolution in film, and especially the possibilities of design in the science fiction genre.

Architecture isn’t just important in science fiction films, as the James Bond series show. While some of the action is clearly out of the realms of the ordinary, the futuristic designs have their place in reality. As well as stunning classical architecture, throughout the films we can see the evolution of Postmodern architecture as the backdrop to Bond’s near brushes with death, and inevitable success. Perhaps one of the most famous sites in the films is the SIS Building in London, which is immediately recognizable and stands out even alongside its contemporaries.

Ironically Ian Fleming, the creator of the series, disliked modern architecture and even named the villain Goldfinger after the English Brustalist architect Erno Goldfinger.

Among the futuristic imaginings of the science fiction genre and the general appreciation of modern design in more mainstream films, Jaques Tati stands out as a director of films that criticize modern architecture. He displays the growing Modernism and Postmodernism in architecture in the context of the 1960s, and how the fast-paced urban life detracts from life’s humanity. Playtime is part of a series involving Tati’s character’s humorous exploration of contemporary life, following the misadventures that occur as a result of it and showing the folly of modern architecture.

The tradition that Metropolis started is characterized in the Star Wars films. George Lucas created many different planets and cultures, and with this came totally different styles of architecture. The films jump from high rise cityscapes – a popular vision of the future – to rural settings with only a blink through hyperspace. Modern design influence is clearly visible, as is the exploration of architecture without limitations. It is easy to see how the designers enjoyed creating different environment and the buildings that might arise from them.

The spatialization of the architecture resulted in some of the most vivid scenes in cinematic history, and the films still continue to amaze even 40 years later.

If Metropolis is considered the initiator, then possibly it is Blade Runner that popularized the idea of the relationship between film and architecture. It certainly solidified the image of future cities being endless vertical skyscrapers, built to cope with population growth. The dark cinematography matches the gritty realism of the future, and people’s anxiety of what it will bring. The multi-level aspect seems to add another dimension, and acts as a thrilling backdrop for the characterization of the people.

Castle in the Sky (1986), directed by Hayao Miyazaki

Animated films do not immediately spring to mind when thinking about architectural films, but they are some of the clearest examples of detailed design. Hayao Miyazaki is one of the most important names in animation, and any of his Studio Ghibli films would sit comfortably on this list. The backgrounds of movies like Castle in the Sky and Howl’s Moving Castle deserve more recognition, but the focus of the films are architectural pieces themselves and have been approached in a way that no other director has before. Miyazaki uses imaginary architecture to create a world with less limitations, much like science fiction, but the animation creates a dreamlike aspect that makes you feel like anything is possible.

Charlie and the Chocolate Factory (2005), directed by Tim Burton

Charlie and the Chocolate Factory has always been a feast for the eyes, but the 2005 version surpassed everyone’s expectations. A combination of Tim Burton’s outlandish imagination and the advances in design and technology meant that the film was more realistic that ever, and children could see their dreams come to life. The sterile laboratories, reminiscent of gleaming space stations, are juxtaposed by the bright colours and organic forms of the chocolate room. The film straddles a fine line – however imaginary and unlikely the story is, the architecture is bizarrely practical. It seems possible, even if the events are not!

It is important that we also recognise the non-fiction films about architecture, as they can address it directly in a way that fiction is unable to. Frank Gehry is one of the most important and well-renowned architects in recent history, and acclaimed director Sydney Pollack created a lovingly crafted tribute to his longtime friend. Gehry was unique because of his style of design, which was to start with the essence of the building rather than the basics. This resulted in some of the most iconic buildings of the 20th Century, including the Walt Disney Concert Hall and the Guggenheim Bilbao. Driven by an intimate but informal

series of discussions, Sketches of Frank Gehry uses the subject of architecture as a launching point to discuss the creative process, and paints a fascinating portrait of how one humble man was able to create some of the world’s most awe-inspiring structures.

Infinite Space: The Architecture of John Lautner pays tribute to a man whose flamboyantly modernist residences, mostly in Southern California, have been memorably featured in movies. Ironically, the film itself is structurally unsound and needs narrative support in its second half. Murray Grigor explores Lautner’s life and works, partly through interview and partly through surveying some of the buildings. Better at showing than telling, the film has some spectacular shots that make the most of natural light and illuminate Lautner’s work, united with the surrounding landscape.

Visual Acoustics celebrates the life and career of Julius Shulman, the world’s greatest architectural photographer, whose images brought modern architecture into mainstream American consumption. Shulman photographed the work of nearly every modern and

progressive architect since the 1930s including Frank Lloyd Wright, John Lautner, and Frank Gehry. His images epitomized the singular beauty of Southern California’s Modernist movement and brought its iconic structures to the attention of the general public, changing the image of architecture as something accessible. This unique film is both a testament to the evolution of modern architecture and a joyful portrait of the magnetic, whip-smart gentleman who chronicled it with his unforgettable images.

Citizen Architect: Samuel Mockbee and the Spirit of the Rural Studio (2010), directed by Sam Wainwright Douglas

set up a school to teach architecture in a different way than it had ever been before. The documentary follows the design and creation of a building from start to finish, and explores the idea of responsibility in architecture, and its role in issues of poverty, class, race, and citizenship. The school teaches students how to build communities, not just structures, and considers how architecture could be used to change the world for the better.

The film offers a totally different perspective on architecture, and is worth watching if you’re interested in the social implications of architecture.

Eames: The Architect and The Painter (2011), directed by Jason Cohn and Bill Jersey

This documentary follows the career of Ray and Charles Eames, who were preeminent American designers, artists, and architects. They started out with a chair, and finished with a lasting influence over international design. Their design school was one of the most creative places in the country and created visionary ideas for companies such as Westinghouse, Boeing and Polaroid. The documentary, narrated by James Franco shows how the creative duo inspired people to think differently about the world around them.

The Grand Budapest Hotel is set in a fictional country, and the architecture reflects this through its mixed styles. The hotel has a startling pink exterior, and this continues inside with pinks, reds and purples. The influence of Eastern European architecture is matched by the Art Nouveau and Art Deco design. The riotous colour and immaculate set was possibly the most important part of the film, as it added character and atmosphere, and opened the world within the hotel to the audience.

Ex Machina is one of the most powerful films released recently, primarily because of its in-depth interaction with the concept of AI. The location of the action only enhances this. The house is a modernist marvel, tucked away in isolation that highlights the 3 characters who interact there. The powerful contrast between the clean lines of the house and the rugged rock that makes up part of it have more symbolism the longer you watch the – manmade and natural, machine and human, become less defined. The architecture is not only where the action takes place, it reflects it.

With Tomorrowland we return to the science fiction world in a similar way to Metropolis. It has an optimism about it that the genre had almost abandoned, and it is regained through the architecture. There is still the lengthened vertical height of the buildings, navigated by flying vehicles, but they have turned away from the International style skyscraper to more organic forms. From a distance, the cityscape looks a modernized Disney logo.

Santiago Calatrava’s City of Arts and Sciences in Valencia, an awe-inspiring complex of buildings, influenced much of the design decisions behind the film.