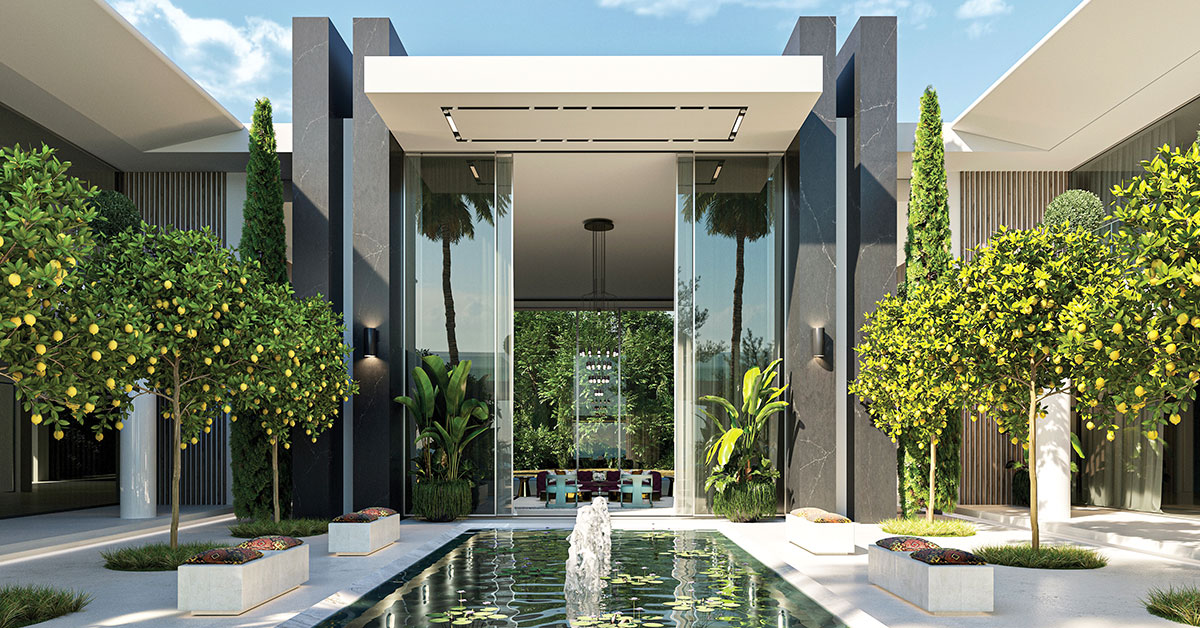 Alongside their win in the architecture category for Vista Lago Residences, UDesign has also won the top award in Spain for CGI imagery.

Stunning properties, magnificent architecture and interior design, locations to die for: this is the stuff that big international property awards are made of. These are the pictures that make the headlines of the industry press, but behind them exists a much wider industry for which, in the case of the prestigious International Property Awards, prizes are awarded. And UDesign, the award winning architectural and design company set up in Marbella by Jason Harris and his wife, Claire, in 2008, has just been awarded one of the biggest of them all in one of their disciplines, which is Computer Generated Imagery.

CGI imagery is a misnomer, to some extent, in that the computer does not actually generate the image, but the image is generated by somebody using the computer. It has come a long way since it first began to replace artists’ impressions back in the day, and can best be described as the point at which visual art meets high tech, where the skill and creativity of the artist, using the most advanced hardware and software tools in the world today, transforms the abstract into three-dimensional reality on a flat surface. An advanced knowledge of form, colour, composition and perspective is needed, along with the technical skills required to operate the very sophisticated software. The resulting CGI image, as we can see below, is indistinguishable from the photograph of the finished project. As Jason Harris has stated, “CGI is the central core of our business that allows all other areas of the company to excel.”

The International Property Awards were established in 1993 with the aim of celebrating the highest levels of achievement by companies operating in all sectors of the property and real estate industry, and have since become the accepted benchmark for excellence throughout the industry. They cover nine regions of the world, ranging in category from design, construction presentation of properties and developments to architectural and interior design and marketing, and candidates enter at national, regional and international levels.

UDesign, as architects, have already won – Best in Spain in the “Architectural Multiple Residence” category for their design of Vista Lago Residences. The icing on the cake is UDesign’s win in the CGI category. This win places puts them in the next and final stage of the awards, which will determine the Best in the Europe and then the final stage of the competition…Best in the World.

UDesign’s winning submission was CGI imagery for three projects currently under way, these being The Palace in Saudi Arabia, and the Garden Villa and Villa Nuraya, both in Marbella. As we can see in the images of all of them, the line between CGI and reality is so fine as to be almost inexistent. This allows the client to see exactly what he is getting, to ensure that what he is getting is what he wanted, to contribute as he chooses along the way and to change his mind in time for required modifications and changes to be made without additional cost. None of this would be possible without realistic and high-quality images that turn out, once the project is finished, to have been honest and accurate.

For those who are not technically minded, skip this paragraph, but it might interest the computer nerds to know a little about the hardware and software used by the UDesign team. Their choice of computera are the Intel Core i7 (quad core), which have been custom-built to allow for the heavy imagery workload involved, all CPUs having a high clocking speed. IPS monitors are used, which give the best colour reproduction. Although most screens today perform fairly well in displaying colours, there is still a lot of room for improvement, and they regularly calibrate their screens to a 6500K temperature for neutral whites, standard gamma of 2.2 and a brightness of 120 cd/m2. As for software, they use the industry-leading Autodesk 3DS Max which, in their opinion, is unparalleled for 3D modelling and rendering. This enables them to create and define a variety of environments with high-end rendering tools like Arnold, V-Ray, and Iray, creating stunning visuals. They also use Corona Renderer – a photorealistic renderer that delivers predictable, reliable, and physically plausible results with no compromise in quality. This has a built-in scatter system that provides a complete solution for distributing millions of high-poly meshes, or proxies, across geometric surfaces, as one would use for the distribution of vegetation such as grass, trees and plants in a garden.

The entire design process begins with a look developed from a 2D plan, following a meeting (or meetings) with the client. These plans are turned into 3D and shown to the client. The CGI artists first create the rooms, or virtual spaces, and the designers then begin choosing fixed items like floor materials, wall finishes and kitchen materials, which are then sent to the CGI artists.

Given that UDesign is also a furniture design and manufacturing company, they also make images of the furniture to be used, such as sofas, tables and beds, and then build and add accordingly. Once the right look and feel of the design has been achieved, it is sent again to the client. They can sign off on it in the certain knowledge that the images are exact replicas of the intended designs, down to the smallest details.

In the final analysis, computer generated imagery helps the designer by helping the client, inviting him into the design process from the very start, if he so wishes. And most of us do. CGI is only as good as it turns out to be, and as used by the UDesign artists, the client has the chance to see the project as it progresses from drawing board to finished construction, with the guarantee that it will turn out as they say it will.

Congratulations to Jason Harris and his talented team – David Jesús Espada Ruiz, Olga Bondareva, Reham Karam and Stanislav Mironenko – for winning this coveted award. The whole team are looking forward to the next and final stage of the International Property Awards with expectation of even greater things to come.

For more information on engaging UDesign’s team for your next project,
leave a message on the Contact page, send an email to info@udesign.es or call (+34) 952 794 117