Wineries are different. Driving through the gentle slopes of the wine country anywhere in Spain, or passing by centuries-old wine producing towns, you come upon them. Suddenly.

Some, like Frank Gehry’s Marqués de Riscal vineyard hotel in La Rioja, are startling in their audacity. Others, like Calatrava’s Ysios Bodegas, are more formal in style. And some, like Sir Norman Foster’s Portia Bodegas in the province of Burgos, reflect the reserved aesthetics of their creator, and are so well integrated into the surrounding landscape that you’d miss them if you blinked. Many of them are underground, the reason having as much to do with the nature of gravity-flow wine-making and storage as architectural understatement.

Most of them, given their purpose, are in out-of-the-way places, with no introductions offered, no similar type of architecture nearby and no signs pointing in their direction.

They are all hi-tech and eco-friendly, and the one certainty about all of them is that they will leave you gobsmacked.

The fashion for designer wineries is fairly recent, most of them built during the cash-rich period before the fall, and if foreign observers sometimes sneer at the foolishness of the dreamers who commissioned them, we just say: there they are. 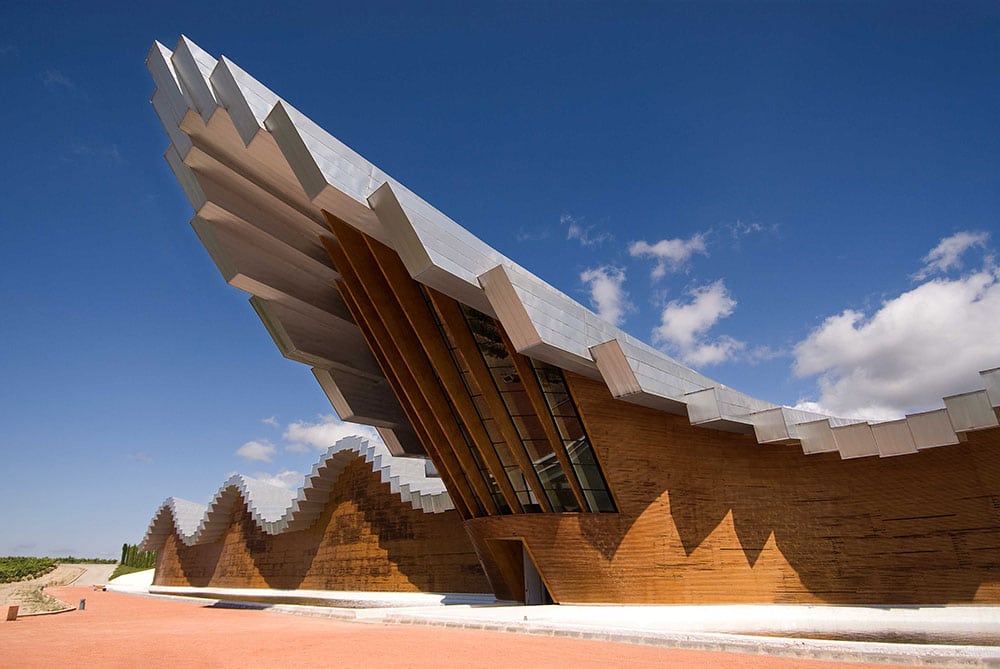 The 2001 Ysios Bodegas in Laguardia, designed by Santiago Calatrava (wouldn’t you know?) and just a short drive from the Gehry masterpiece, will leave you stunned. Its laminated wood and aluminium roof ripples like a giant wave across the sloping landscape, while its raised central section reminds us that this building is a cathedral to an art stretching back thousands of years in this region. Like all great Calatrava works, this is architecture, structural engineering and sculpture all in one. 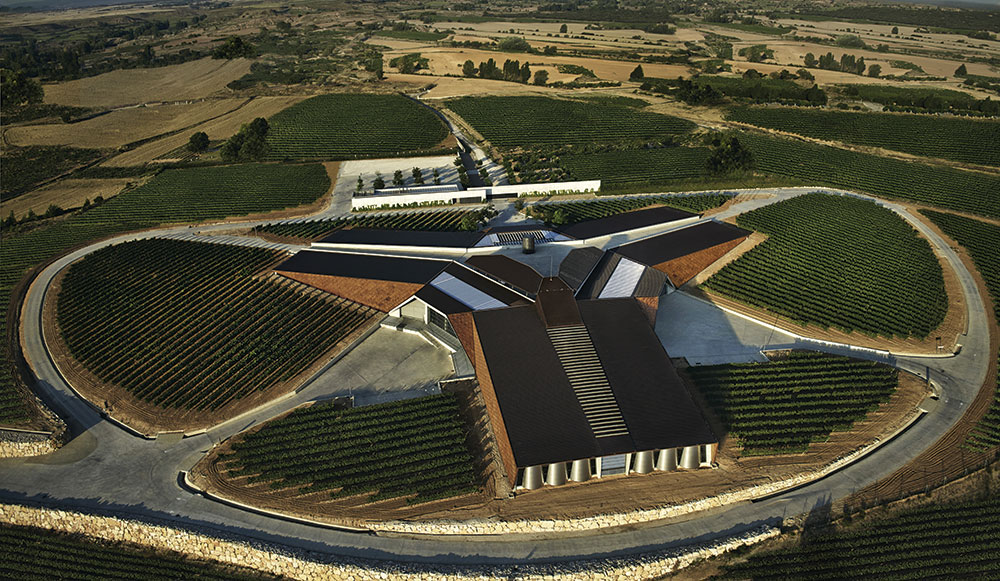 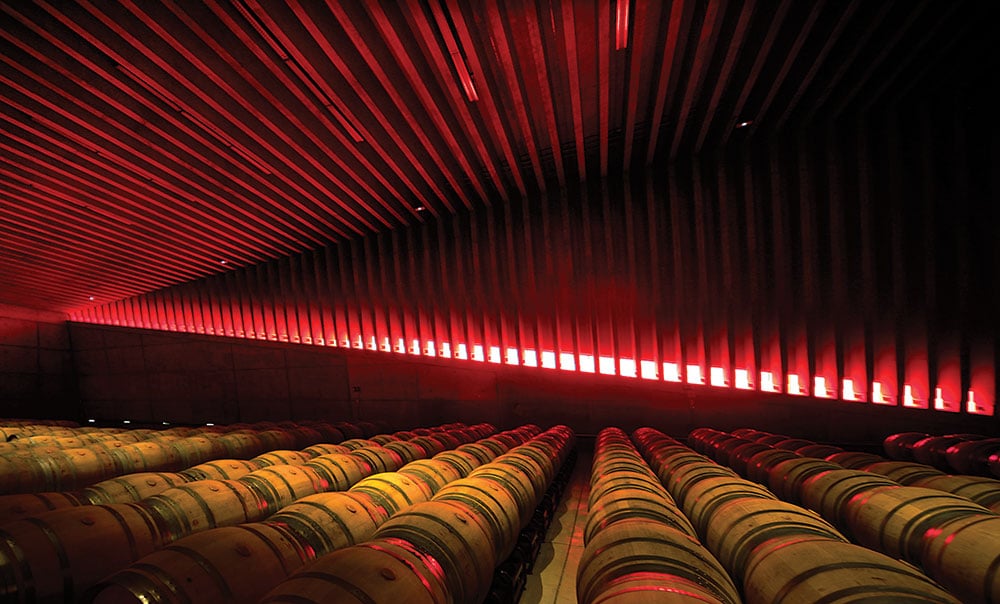 Finished in 2010, this winery was designed by Sir Norman Foster. Although low and rust-coloured, but built on a rise, the ecology-friendly building appears out of nowhere in the Ribera del Duera landscape, because one sees it without knowing that the Burgos town of Gumiel de Izán lies right behind it.

What we see from the motorway is just one of the three points of a star, which Foster himself calls a “the heart of a flower with three petals.” 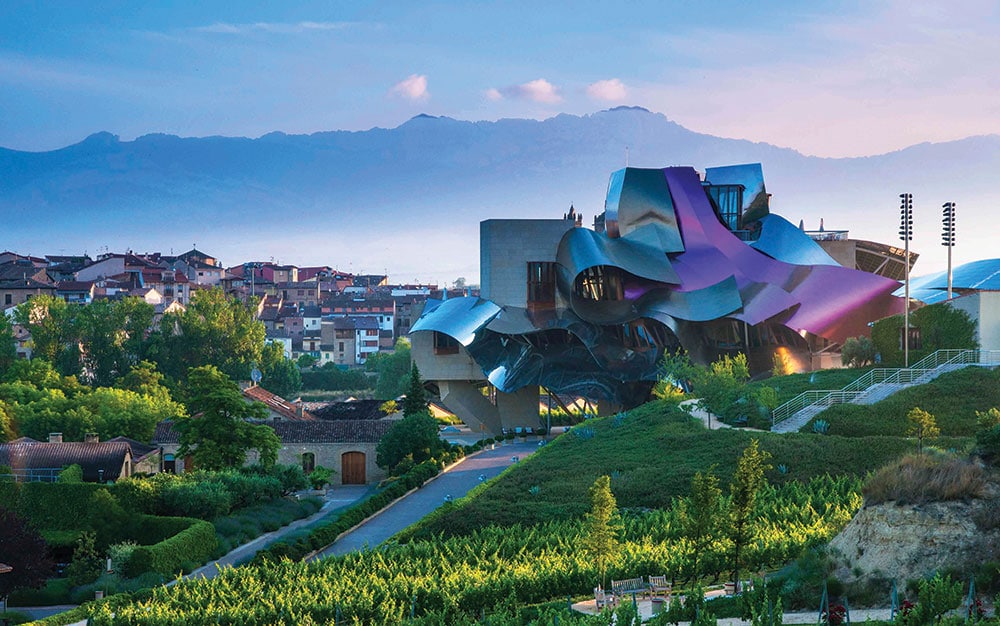 Wow! What a show Gehry puts on here. He may well have had a glass or two before designing this building, his ribbons of coloured titanium fluttering in the warm Basque breeze. It was finished in 2006, just a few years after his famous Bilbao Guggenheim Museum, one of the most iconic buildings of the late 20th century.

The dyed titanium forms a free-flowing canopy over a more traditional stone-cladded base, reflecting the rosé, silver and gold colours of the grapevine.

In fact, the building itself is not a winery, but let’s not quibble about function. It’s a luxury hotel attached to a winery, as magnificent inside as out and well worth a stay.

Visit it, for a laugh. Or at least, stand there and smile. 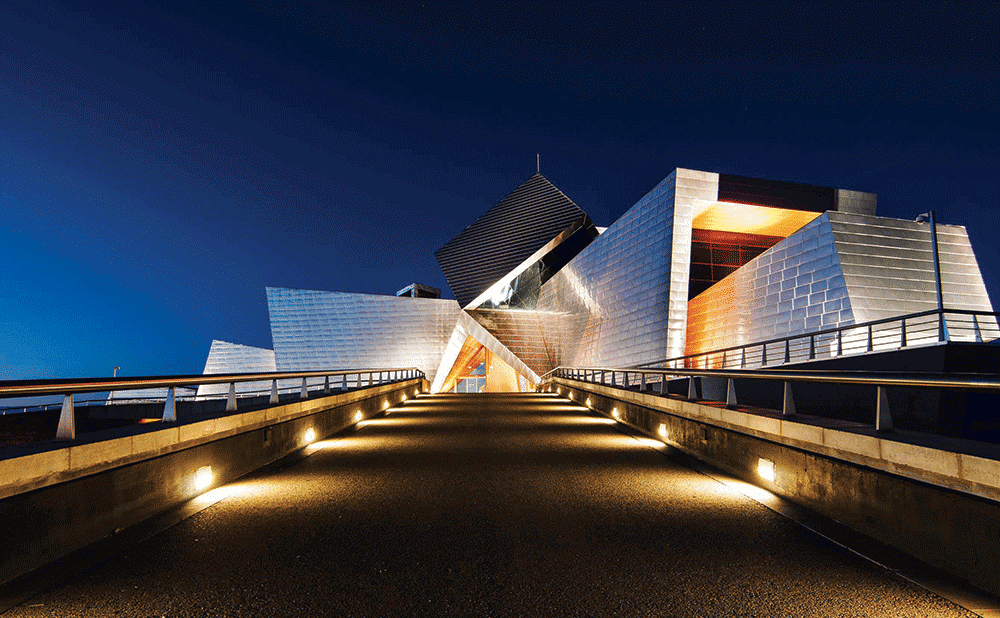 This is an example of the genius of Logroño architect Jesús Marino Pascual. Seen from the front, it is perfectly symmetrical, but from any other viewpoint it looks as if a giant child had stacked cubes one on top of the other, without giving much thought to exactly where they should go. The result is amazing. Built in 2002, this winery is located close to the rather industrial looking, but beautifully minimalist Laus Bodegas, designed by the Rambla Cebollero firm. A visit to one would be incomplete without a visit to the other.

To read more articles like this check out our UD Magazine which brings art & design to centre stage.